on February 28, 2013
On 15 February air-raid sirens sounded across the island republic of Singapore, signifying the 71st anniversary of the British surrender of Singapore to the Japanese imperial army. Four days later Australia’s Northern Territory similarly marked the Japanese air raids on Darwin city on 19 Feb 1942; the largest single attack ever mounted by a foreign power against Australia.

Both events mark the end of an era when Australia relied on British military might for protection and British embassies and missions for diplomatic representation.

Australia’s first two embassies opened in Tokyo and Washington as late as 1940. Prior to then, its independent sources of economic and military intelligence in the neighboring region were primarily private business executives and the thin network of federal and state trade commissioners.

One was Vivian G Bowden, a Sydney born, Asian-trade veteran – who’d worked for a family silk business in Japan before enlisting in the British army in the Great War and then managed a business in China - who was recruited to establish an Austrade office in Shanghai in 1935, just 18 months before Japan’s declaration of war on China.

Japan’s subsequent invasion caused the closure of the office in 1940 and Bowden was relocated to Singapore as Australian Commissioner.  From there he warned the Australian government of the worsening military situation and the inadequacy of Singapore’s defences.

On 9 Feb 1942, the day before the Japanese forces landed on Singapore, he reported to Canberra that he could leave immediately on a cargo ship; however he was instructed to stay longer at his post as Australia’s senior civilian official otherwise the Australian Government  “would be deprived of independent information and effect on morale would be bad”.

On 14 Feb, just before the British surrender, he and two Austrade colleagues escaped on a small boat to Sumatra where they were intercepted and forced to land on Bangka island.  On 17 Feb, at  Muntock, Bowden tried to explain his diplomatic status but was beaten by Japanese guards and taken outside. According to later reports, he was shot after being forced to dig his own grave.

Bowden was survived by his wife, two daughters and son Ivor who joined the Australian foreign service and served as ambassador to Iran (1974-78) and Pakistan (1984-87). 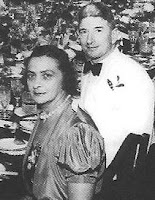 Meanwhile, on Java island, Australia’s trade commissioner to the Dutch-controlled East Indies, Herbert Peterson, had moved his Austrade office from Batavia (now Jakarta) to the inland city of Bandung. Peterson had been appointed Australia’s second trade commissioner to Batavia in 1937 after earlier military and intelligence service and senior positions in foreign affairs.

His wife was safely back in Australia but he had already lost one son in Australian military airborne operations and another was a POW in Italy.

As the Japanese navy won sea battles against British, Australian, Dutch and USA ships in the Sunda Straits and Java Sea, Peterson visited Australian women who had decided to remain with their Dutch or British husbands and distributed cash to those who needed it. Austrade’s local staff hid Trade Commission documents, closed the office and disbursed until the end of the coming Japanese occupation.

That day the last two Qantas flying boats moored at Cilacap port on the south coast of Central Java made their final flight, full of civilian refugees, to Broome in Western Australia.

On 3 Mar, Paterson drove all night from Bandung to Cilacap where he boarded a small, 1,200 t Dutch freighter with other diplomats (including the British Consul-General, staff and families) and 2,000 others. Its escort, HMAS Ballarat was the very last allied vessel to leave Cilacap.

At 9 am, on 8 March 1942, the Commander-in-Chief of Allied forces, Lieutenant General Ter Poorten, announced the surrender of his Royal Netherlands East Indies Army (KNIL) in Java.

On 12 Mar, the senior British, Australian and American commanders were summoned to Bandung where their formal instrument of surrender was signed in the presence of the Japanese commander, Lieutenant-General Masao Maruyama, who promised them the rights of the Geneva Convention for the protection of prisoners of war.

In October 1942 this group and others were moved to Makasura, near Batavia. In January 1943, as part of the 900-strong Dunlop Force, the prisoners were transported from Java to Konyu, Thailand.

Other Australians captured on Timor (from 2/40th Infantry Battalion, a component of Sparrow Force) were transferred to Java and Singapore, and then to Thailand, Japan and elsewhere.
Austrade History WW2