on August 06, 2013
Australian tourism is expected to get a boost from Indonesia's growing middle-class. In 2012, Indonesia was Australia’s 12th largest inbound market for visitor arrivals, 13th for total expenditure and 15th for visitor nights.

The latest forecast by the Tourism Forecasting Committee, released in October 2012, estimated that arrivals from Indonesia will experience a 7% annual compound growth rate expected between 2011/12 and 2016/17. 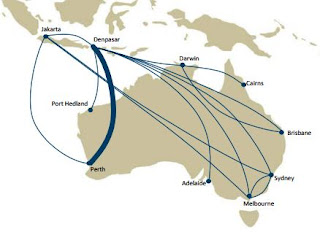 Currently Tourism Australia operates from Kuala Lumpur in Malaysia and there are no Australian state or territory tourist offices in Indonesia.

Tourism Victoria was the first Australian tourism body to engage a PR agency in Indonesia in 2012. “For Melbourne, Indonesia is ... a sleeping giant and one with which we have important historical links and good air connectivity,” Melanie de Souza, General Manager, International Marketing of Tourism Victoria, reported (pdf).

Tourism Western Australia is understood to be planning to staff an office in Jakarta in late 2013.


You are welcome to add further information, anecdotes and corrections in Comments below:
Air Transport Business Garuda Indonesia Qantas Tourism