Indonesia's visa challenge: a reality check for some 10,000 Australians living in Bali

MORE THAN 10,000 Australians are estimated to live in Bali all year, or for a substantial part of it. While many consider themselves to be permanent residents, they in fact have very little legal basis for this claim. 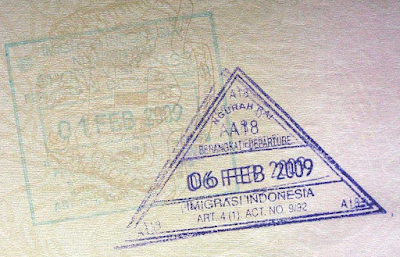 The Indonesian government provides Australian nationals with a number of visa options to support their “visit” to Bali. These include:

Australian expats have adopted a range of strategies for securing and renewing their short-term visas in order to live year-round in Bali. One significantly popular approach sees expats leave Bali for a short period – often a few days – before applying for a new visa upon re-entry. Longer-term members of the expat community have reportedly used this strategy for many years.

However, a recent decision by the Indonesian Immigration Office looked set to present challenges to the widely practised visa renewal method. Initially, it looked like it may prevent many Australians from living “permanently” in Bali. It is unclear if the directive has been enforced, or whether it may have been revoked.

Under the initial directive, from October 20 until December 30, 2015, visitors to Indonesia – entering through Denpasar International Airport – will be denied entry if they had previously entered the country twice in less than one year and been issued a visa on arrival.

The directive indicates that the action is in response to complaints from tourism organisations. The complaints primarily focus on the increasing number of expats working illegally in tourism businesses in Bali.

A translation of the directive specifically identifies that tourism organisations are concerned that expats have been working illegally as waiters, tour guides and scuba instructors, and also providing concierge services for tours and businesses.

This measure is targeted at curbing the number of foreigners working illegally in Bali. But Australians who “permanently” live in Bali could also be facing an unwanted reality check regarding their rights to enter – and even remain in – Bali.

Indonesia’s shifting approach on immigration will force Australian expats who renew their visas through frequent travel to revisit their plans.

A recent survey of Australians living in Bali revealed that, from a sample of 185 people, 68% renewed their visas by regularly travelling out of Bali. Those who did not travel out of Bali typically held retirement or business visas, renewing them through a local agent.

The survey asked Australian expatriates why they had moved to, and how they felt about living in, Bali. People fundamentally made a conscious decision to move to Bali to achieve a lifestyle they felt would not be available to them in Australia.

The distinct characteristics of Bali’s natural and cultural environment were the major factors drawing people to it. The lower living and housing costs were also important in influencing decisions to move.
Importantly, participants in the study identified Bali as their primary home, where their social networks and activities were based and, in some cases, where they achieved their main income. Irrespective of the type of visa they held, many had invested in property and become engaged in community activities.

The population of Australians living in Bali continues to grow. However, the directive from the Indonesian Immigration Office serves as a reminder of the reality of their situation. Australian expats are not “permanent” residents of Indonesia.

While they might consider Bali to be their home, they are only temporary visitors.

Amanda Davies is Senior Lecturer in Geography and Social Demography at Curtin University. This article was originally published on The Conversation. Read the original article.
Australia Indonesia Tourism Visa

Unknown said…
Please get your facts correct prior to releasing or in this case re-releasing an article. This directive has been retracted.
7:41 am

Mike said…
Unfortunately there are many misleading and inaccurate statements in this article. The article is based on an old internal document from the head of Bali immigration, that was later retracted and was never enforced. While immigration are worried about illegal workers, why would tourist organisations be concerned about people taking multiple trips to Bali?

It is very easy to live in Indonesia as long as you have the correct documents and follow the laws of the country. I am surprised the author failed to check the facts with the relevant authorities or even one of the many visa agents that operate in Bali.

Unfortunately when incorrect information gets spread on the internet, people start believing it as fact, especially when one of the sources is an academic website, where I would have thought fact checking by the authors and editor would have been more rigorous.
10:04 am