on January 14, 2016
EXPLOSIONS AND GUNFIRE on Thursday 14 January 2016 left seven people dead in Jakarta. The blasts and gunfight between Indonesian police and the suspected attackers took place near the busy Sarinah shopping mall in central Jakarta. Indonesian President Joko Widodo spoke of “acts of terror”.

Five suspected attackers are reportedly among those killed. What affiliation if any they had to a terrorist group is currently unknown.

Since 2000, Islamic hardliners in Indonesia have carried out several high-profile bombing attacks. Notably, the Bali bombings in 2002 killed 202 people, including 88 Australians.

Noor Huda Ismail, a counter-terrorism analyst from Melbourne's Monash University, spoke to The Conversation on the landscape of Indonesia’s terror groups and the threat the country faces:


The last major terrorist attack in Indonesia took place in 2009. Why has terrorism now returned to the country?

Indonesia’s counter-terrorism police have largely succeeded in destroying the local terrorist group networks that carried out bombings between 2000 and 2009.

The 2002 Bali bombers Amrozi, Imam Samudra and Ali Ghufron – members of the Jemaah Islamiyah group – were executed in 2008. Noordin M Top, who was involved in both the Bali bombings and the 2003 Marriott Hotel bombing and was also a member of Jemaah Islamiyah, was killed in a raid in 2009.

But, in recent years, some Islamic militants have travelled to Syria to join Islamic State (IS).

Enough time has passed since the 2009 hotel bombings in Jakarta for radical Islamic groups to consolidate their strength to strike in Indonesia.

Additionally, some Indonesians have returned from fighting in Syria and created small terrorist cells back home. A lot of terrorist groups in Indonesia are fragmented and they want to show they exist.

The group that carried out this attack might have planned it for January given that law enforcement alertness over the terror threat is not as high during this period. This is because police increase their alertness for possible terrorist threats at the end of the year. Indonesian police carried out raids at the end of 2015 and reportedly foiled terrorist attacks.

Is there any difference between this and previous attacks?

Previous attacks have involved terrorist groups utilising big resources. They had to secure ingredients to make a bomb and find a vehicle in which to plant the explosives. The attacks usually had a single target and were not followed by other blasts. Also, previously only two or three people carried out such operations.

In this attack, witnesses say suspects were brandishing rifles and throwing grenades. There also appear to have been more people involved. The police should find out how the attackers got these rifles. It’s not possible for terrorist groups to obtain these weapons on the island of Java. The police should look at possible links with Islamist militant groups in the Philippines.

Is the attack in Jakarta linked to IS?

News reports say IS had issued a warning to the Indonesian police that “there will be a concert in Indonesia” and the country will be in the international news. However, the police have yet to determine which group carried out the attack. 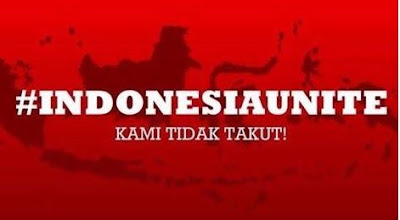 What extremist groups are operating in Indonesia?

Indonesia has big radical groups, such as Jemaah Islamiyah, Jamaah Ansyarushi Syariah, and Jemaah Ansyorul Al-Khilafah, which believe that the secular Indonesian government should be overthrown and that the country should be an Islamic state under sharia law.

Indonesia also has many small terrorist groups. While not officially connected with these big groups, they look up to them and their leaders for inspiration.

Aside from being fuelled by their ideology, the groups also harbour resentment towards law enforcers, especially the police who hunt and sometimes torture their captured fellow “fighters”.

The terrorist groups in Indonesia use smartphones and social media to communicate with each other. Sometimes they use courier services too. A number of them have lines of communication with networks in the southern Philippines and in Syria.

What has been the strategy of Indonesian law enforcers in fighting terrorism?

The Indonesian police, in co-operation with the Australian Federal Police, share intelligence on possible terrorist threats and carry out raids on militant groups.

We should also realise that law enforcement alone is insufficient in eradicating the terror threat. Therefore, disillusioned returned foreign fighters should be approached to co-operate and work with police to change the mindset of radical groups from within.