Business bonding with Indonesia is a high-risk endurance race, not a sprint 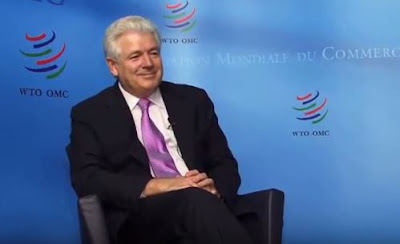 INDONESIA'S NEW TRADE minister, Thomas Lembong, was in Melbourne last month on his first official visit to Australia. It was no coincidence a huge delegation accompanied him to watch Indonesia’s Formula One driver in his first race.

The minister announced opportunities to expand financial services between Australia and Indonesia.

Financial services is Australia’s biggest business sector. There is significant investment offshore and that is driven by the superannuation industry, most of which is based in Melbourne.

The minister’s aim is to resuscitate the idea of a free trade agreement with Australia, including, presumably, increased financial services transactions between the two.

This is a fresh project for Australia’s new trade minister, Steven Ciobo, who also has a commercial background.

Until two decades ago trade liberalisation was all about cutting tariffs. That was not particularly popular in Victoria, or South Australia.

Steel and cars were made more cheaply elsewhere. High tariffs — import taxes — kept these lower-priced products, particularly vehicles, out of the Australian market.

The money spent buying cars built in Australia soaked up money people could have used to educate their children, to invest in the share market and to build super funds.

This loss to the community at large far outweighed the benefits to the relatively small workforce that built cars.

Risk is high doing business in Indonesia. Success depends as much on cultural understanding as business nous.

Australia finally joined the community of developed countries which for decades had built economic growth on trade in open markets.

Tariffs were cut and this underpinned sustained growth in Australia. A few years back The Economist dubbed Australia the world’s new California — for decades the US’s most economically successful state. Exports of iron and coal generated huge sales over the past decade.

That has tailed off. Now, exports of services — selling to foreigners or in foreign markets — is growing faster.

Indonesia is underweight in this trade, yet it is geographically closer to Australia than New Zealand.

The reason we should have closer trade relations with Indonesia is as much political as economic. Indonesia’s population is 250 million. It is a young population and growing quickly.

The Indonesian market is huge and understandably Indonesian big business wants to keep that market to itself.

The challenge is before the Australian community — business and government. Risk is high doing business in Indonesia.

Success depends as much on cultural understanding as business nous.

Advocates of free trade focus on the economics. Clear the market of regulatory obstacles and all sides will benefit. That basic proposition still stands.

But culture matters. This is not new for Australian exporters — those for years who worked patiently in Japan to understand how importers set huge deals of trade in resources and agriculture understand culture and the Japanese business model.

Australian business has yet to put in the hard yards with Indonesian business. It will be costly and painful. There is a special case here for the Export Finance and Insurance Corporation, the federal government financier of export projects the market will not support, to open a special window for Indonesia.

A free trade agreement with Indonesia must be treated as a special case, as we treat NZ in the Australia-New Zealand Closer Economic Relations Trade Agreement.

It will be at our cost if we don’t.

Alan Oxley is Managing Director of ITS Global, Chairman of the national Australian APEC Study Centre based at RMIT University, Melbourne and is the founder and Chairman of World Growth, a free market NGO based in the United States. He is also a Senior Fellow of the European Centre for International Political Economy (ECIPE), Brussels.
Australia Business Culture Indonesia Investment Trade